On 1st January the club held its traditional New Years Day fun race for the first time since 2020 due to Covid.

14 members braved a strong cross headwind and a stronger than usual stream on the river to take part over the 3300 metre course. As is traditional the boats considered to be slowest started first and the fastest last with the winner being the first to cross the line.

A mixed quad of Kate Reid, Linda Dennis, Rob Dennis and Ian Palmer raced very strongly to finish 3rd having started last overtaking 2 other mixed quads during the race. On time they were the fastest boat in the race.

Good fun was had by all! 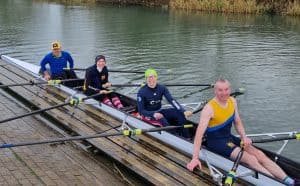 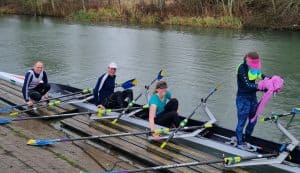 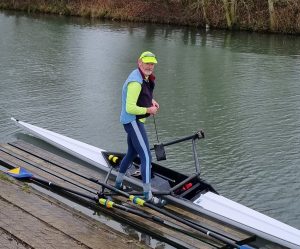 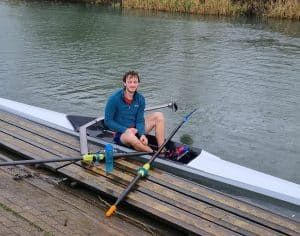